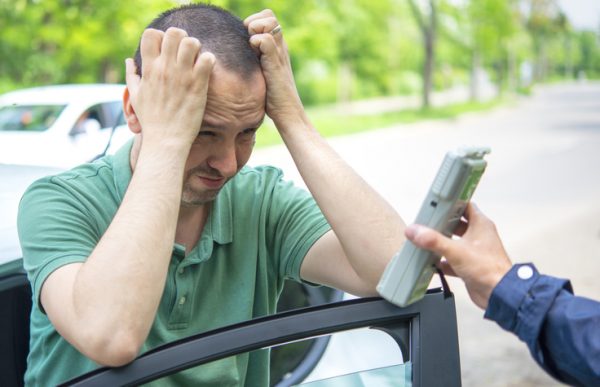 How can police tell if a driver is under the influence of THC? Traditional methods have included the keen judgment of Drug Recognition Experts (DREs), as we have discussed in a July 2019 post. This includes asking questions, observing suspects' behavior, checking suspects' pupils, and calling on suspects to submit to blood tests.

Determining someone's level of impairment from THC may be difficult, however. That's because THC can stay in a person's system for days after using marijuana.

Two researchers at the University of Pittsburgh have developed a device that may detect THC on someone's breath, according to NPR. Chemistry professor Alexander Star and electrical and computer professor Ervin Sejdic built the prototype in 2016. This came on the heels of several states legalizing marijuana for recreational use.

How does the THC breathalyzer work?

The device uses carbon nanotubes that are 1,100,000 the size of human hair. When a person blows into the device, the THC molecule binds to the nanotubes. Moreover, the device is sensitive enough to bypass alcohol and other substances and exclusively sense THC.

The developers have also placed a limit on how much THC the device can detect. This threshold may allow the device to differentiate between someone who used marijuana days ago from someone who is currently under the influence of THC.

Star says that the device is only one step away from mass-production.

A device similar to the one developed by Star and Sejdic has already been tested by police, according to NBC's Today. Hound Labs in Oakland, California developed the device. It can reportedly detect THC from all cannabis sources.

The use of a THC breathalyzer poses some legal challenges, however. For one, there is currently no standard legal limit for THC. Any amount of THC on someone's breath could potentially lead to an arrest.

Another legal issue posed by THC breathalyzers is reliability. Standard alcohol breath tests have led to DWI arrests and convictions for years. Investigations have revealed that these devices can produce inaccurate results. So, who's to say that a technical hiccup in a THC breathalyzer won't produce erroneous evidence against an innocent person?

If you were arrested and charged with DWI in Texas, the consequences can be harsh. A first offense can result in three days to 180 days in jail, a fine up to $2,000, loss of driver's license up to a year, and annual fees up to $2,000 to retain your driver's licenses. The penalties can be more severe for second and subsequent convictions.

That's why it's critical that you consult with an experienced attorney. Texas DWI attorney Amanda Webb can launch an investigation and help you devise a strong legal defense. To learn more, contact Amanda Webb - DWI Lawyer online today.