Texas Expungement Orders and the Right to be Forgotten 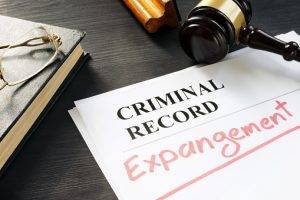 You were accused of a crime and arrested. Your attorney successfully fought the charges and the grand jury dismissed your case. However, the arrest still remains on your record. When an employer runs a background check on you, they're still able to see that you were arrested. You know that you're innocent. So how do you clear an arrest from your record?

It's called expungement or the “Right to Be Forgotten” and is a civil suit separate from your criminal case. When a person accused of a crime in Texas is found not guilty, the case is dismissed or they complete a diversion program, they then do not have a conviction.

They can get their record sealed because, after all, the person was not convicted so they should have this chance to maintain a clean record. The arrest, which would normally stay on a defendant's record, is forgotten.

How expungement works in Texas

Texas Code of Criminal Procedure Title One, Chapter 55 spells out who qualifies to have their record expunged and how to go about it. Defendants must petition the court.

Two major categories of prior arrests are now eligible:

Records must be removed from sites reliant on public records (mugshot websites, background check services). However, this does not include news sites and internet search engines.

Subsection (b), lists what gets expunged and who gets notified of the expungement.

Why you should speak to an attorney

Sometimes good people make one poor decision that can impact them for life. Other times, innocent people are wrongfully accused of a crime. Having an arrest or criminal charges on your record can make it difficult to find employment and enjoy the same rights and privileges afforded to others.

While an expungement sounds palatable, it is only valid if a defendant is cleared of his or her charges. If you have been arrested and accused of a crime in Texas, you will need an experienced criminal defense attorney on your side. Even a record of something as minor as a DWI can have lifelong consequences when left on your record.

Attorney Webb knows how the criminal justice system works in Texas and can work tirelessly to devise a solid defense. Contact us today to discuss your legal matter.